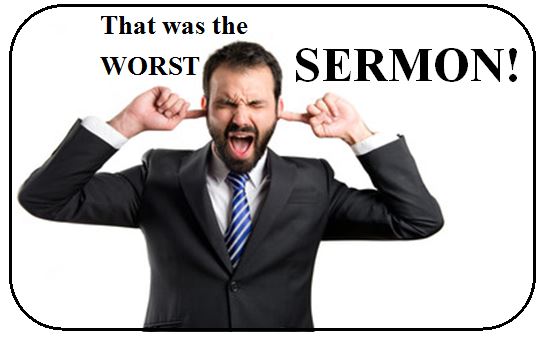 While serving as pastor of a church – long, long ago, in a galaxy far, far away – it was not uncommon for me to receive a telephone call on Sunday afternoons shortly after I and my family arrived home from morning service.

The call came several times each month (not every Sunday) at about the same time. It was always the same person – a member of our church – calling to orally submit a negative review of the sermon that I had just preached only a few minutes earlier.

Most often folks from our church would go out to eat together on Sunday evenings . . . so, eating out twice in one day was impractical. I seldom had an excuse for not being at home Sunday after church . . . to answer the phone.

Terri volunteered to take the calls, but the calls were for ME . . . so I took a deep breath and stepped into the woodshed like a man. Well, at least I tried to . . .

“That was the worst sermon that I have ever heard!” was a usual but not constant opening line. If it was not those exact words they were something similar. It is really amazing how many ways and in different words you can describe something that stinks.

The calls would last no longer than just a few minutes because it was pretty much one-sided. The caller did most of the talking. My responses were very minimal – nondefensive, nonconfrontational, respectful, and brief. If I ever sassed my Mom or Dad when I was getting a whipping it always made it worse for me . . . and believe me, I was transformed briefly into that same little boy during those moments (in spite of that “like a man” stuff mentioned earlier), taking my licks.

I know that my face would flush, my ears would turn red, and my blood pressure would rise . . . and my mind would fill with many snappy retorts, comebacks, and rejoinders. But I never took the bait. I know when someone is offering advice, delivering counsel, extending constructive criticism . . . and I know when someone is just trying to pick a fight. These phone conversations were that and that alone.

God did not lead me to take this abuse time and time again because of the wisdom or instruction I would receive from this angry church member . . . He wanted me to learn how to keep my cool, build my self-control, and exercise my ability to take a punch without getting down in the dirt with a bully. As far as I’m concerned I won every confrontation that I ever had with that person.

I know that all of my sermons, messages, lessons, and devotions are not gems. I’ve preached some stinkers . . . and believe me, I’m the first to know it.

Imagine being in the middle of delivering a bad message . . . and still not being able to shut it down!

Sometimes I can see a message that is going to be less than stellar even before I preach it!

And the real truth is . . . that God might choose to bless one of my really bad sermons before pouring out His Spirit on the one that I felt came straight from a burning bush! That is why I am obligated to preach what I have prepared . . . God and I often have completely different notions about what comprises a good sermon . . . or a bad one.

In 45 years . . . how many times have I delivered a sermon or lesson? I lost count long ago.

The phone calls were to accuse me of being ill-prepared, vulgar (I referred to sewage in the message), or out and out making up verses and stories that were not even IN the Bible!

Did I learn that in college or seminary?

Wasn’t I embarrassed to present such tripe to a loyally listening congregation?

Was I just making things up as I went along?

I didn’t understand a thing you said today!

I can’t believe what you said from the pulpit!

You ought to be ashamed to call yourself a preacher.

That message was a total waste of my time.

I hope we never have to listen to something like that again.

But, all of that aside, let me tell you something about preaching that I know.

Sermons – good or bad do not save souls or change lives.

I was castigated on another occasion by another listener when they heard me say the words “the foolishness of preaching.” This listener was a preacher’s kid and was offended that I had described what Daddy did so faithfully all of his life as foolishness.

But I was only quoting the Apostle Paul,

For after that in the wisdom of God the world by wisdom knew not God, it pleased God by the foolishness of preaching to save them that believe. 1Corinthians 1:21

It is foolish to think or even imagine that a mere human could deliver a prepared discourse . . . and change the hearer’s eternal destiny.

I do not remember what the preacher preached the day that I became a Christian (you may have a memory of what was preached that day that you were saved, but I do not).

Sermons are not composed of magical or miraculous words.

Sermons have no power apart from the Holy Spirit of God . . . and God can be Great and do Great things . . . through good sermons as well as bad ones.

The preacher should study, learn, read, practice, prepare, write, compose and pray. But when it is time for him to deliver his message . . . he must rely completely upon God for result and response.

Anything that I create out of my own heart or mind is dross . . . what God can cause to happen because of my obedience and the obedience of others to HIS Word . . . is gold.


I am very blessed and grateful.

The great majority of people who speak to me after I preach say, “I appreciate that message, pastor. God really spoke to my heart through you today!”

I am thankful for and encouraged by every kind word like that.

But every single time a member of my congregation says something positive and supportive like that . . . back in the back of my mind . . . I can hear a telephone ring . . . 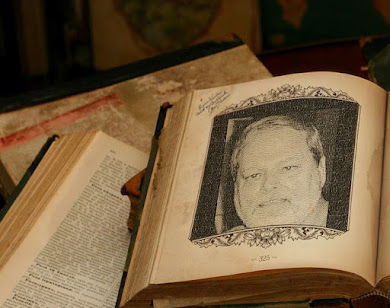 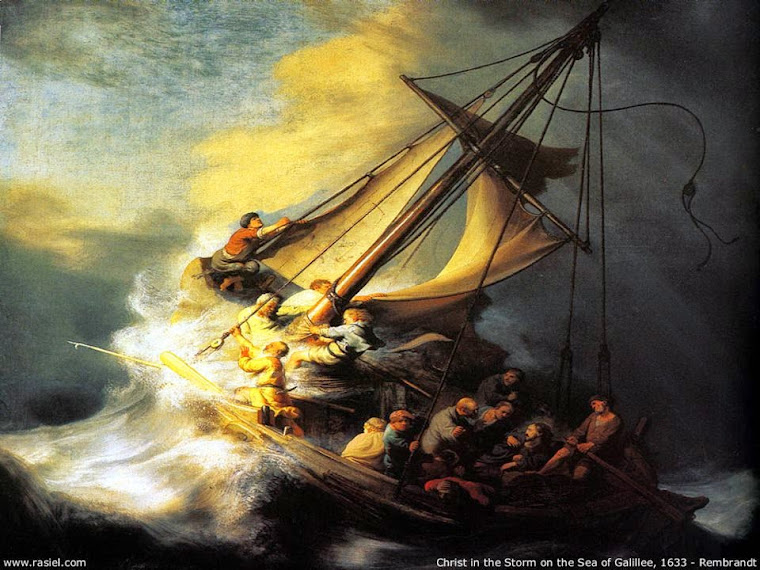